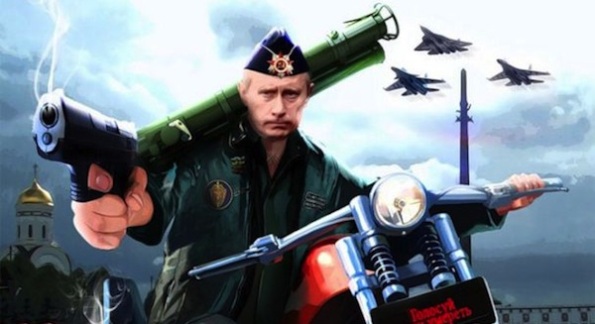 Having written Sinai Plane Crash Could Cast Dark Shadow on Kremlin, I played off of an idea that media portrayals of Russian military action within Syria had become the next great reality show.

Subsequently, what could be conceptualized as blowback, the alleged downing of the Metrojet Airbus A32, is not part of the script.  Now, a few points are in order. First, I categorically reject any implication that Russia deserved this attack.  Nothing I write is intended to be conceptualized as an ‘I told you so’.  Beyond philosophical arguments on the legitimized right of violence (state vs. non-state actors), the death of civilians through terrorism or errant bombs is an unmitigated wrong.

Perhaps one can differentiate morally between targeting civilians and the wholly dehumanizing notion of ‘collateral damage’.  Intention does matter. But death is death.

Ultimately, the use of military force by nature entails morally reprehensible action. That political and military leaders are forced (or merely choose) to engage in a certain utilitarianism regarding human life is by its very nature unsettling.

The rubric laid out by the School of Salamanca’s specific brand of just war theory, especially regarding moral limits to action, reads like common sense.  And yet we are so often senseless.

Even the best conducted war is a dance with the devil.  It’s human killing humans, often over how their imagined meanings clash in the ether with each other.  At it’s heart, it’s madness. 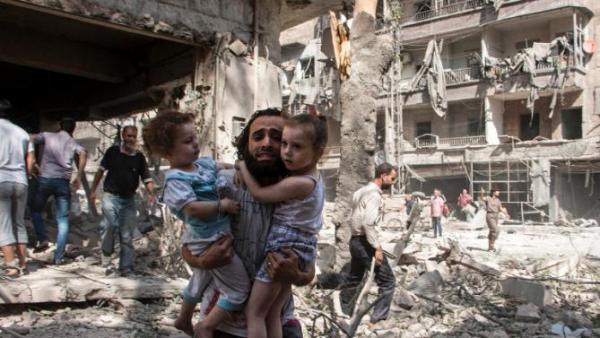 We first go astray when we forget it’s madness, when we think there can be something just or honorable about factions of humanity organizing en masse to kill each other.  Even when we are merely there to defend the weak and powerless from ethnic cleansing, we should not lose sight of the insanity of it all.  It’s the only thing that may keep us sane.

One should never forget that even just causes have their dangers.  To battle some form of evil incarnate — a death cult in a desert, or perhaps in the mountains — with foreign gods in his heart and the Tower of Babel on his tongue, can give us a sense of being too comfortable in our action.  We can allow the presumed or actual pathology of another’s ideas, to strip them of their humanity, to revel in good vs. bad binaries.

Our righteousness cannot allow us to create a hierarchy of human life; a pretext to whitewash one’s own sins.

Maybe righteousness means stopping the rape and slaughter of women; the beheading of infidels,  the burning of pilots.  Maybe it simply means your right to another man’s land. Maybe it means both. But when we don’t do body counts, we may find ourselves unknowingly wrapped up in a blanket of death; the fog of war impenetrably black. 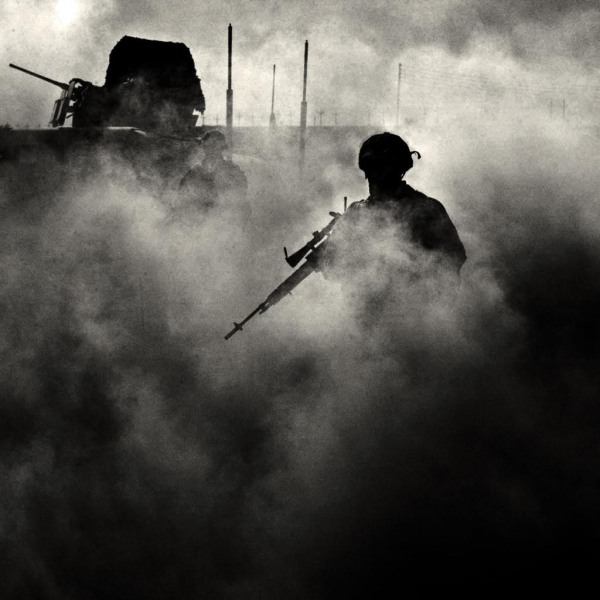 During an interview with Andrei Babitsky, the veritable Chechen angel of Death Shamil Basayev had these haunting words to say following the Beslan tragedy:

“Officially, over 40,000 of our children have been killed and tens of thousands mutilated. Is anyone saying anything about that?…Responsibility is with the whole Russian nation, which through its silent approval gives a ‘yes’ [gives its consent].”

Basayev’s siren song of retributive justice is a familiar one; his appeal to collective punishment seductive.  Through complacency, do we not all, on some level, give our tacit consent when we are silent in the face of government crimes?  Is it not merely convenient for governments to cynically follow Augustine’s own just war dictum, that states are the only legitimate initiators of wide-scale force?

When they kill our children but conceptualize it as something else other than murder, who says we cannot do the same thing?  And, after all, did not the US bomb Afghanistan for the same reason; did not Russia initiate the Second Chechen War the spill blood for blood spilt?  They will all suffer for the sins of the prodigal son, even, as was possibly the case in Chechnya, it wasn’t even his sins. 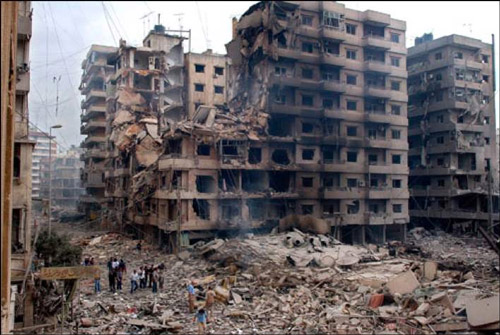 Of course, this appeal to abstraction is intended to divorce intent from action.  A police officer attempting to shoot a gunman on a college campus and accidentally killing a student is not morally equivalent to the gunmen himself targeting students. But sadly, many states have been wiling to use indiscriminate violence in war. Sometimes indiscriminate violence is a tactic.  The leveling of Grozny was policy, not collateral damage.  But that does not justify a free fall into the darkness.

If non-state actors use violence to resist oppressive states, by abandoning any belief in the sanctity of life, they de facto delegitimize their causes.  Merely appealing to tribalism: ‘we value our lives more than yours lives’, will not stop the descent into madness. Any cause should necessarily be humanitarian.  To abandon humanity is to abandon any cause to fight. Because if violence is not, as paradoxically as it seems, used to stop aggression against human life, it is simply being used as a tool to support an ultimately far less valuable abstraction (religious, political or otherwise.) No abstraction trumps human life. 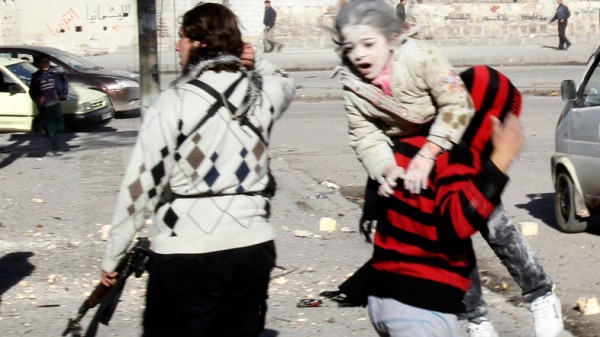 You cannot compartmentalize human life within a stratified sense of value based on cultural and intellectual considerations.  That so many revolutions have resulted in even more repressive regimes replacing the ones they were fighting against is a testament to the notion that creating a hierarchy of life is a failed strategy.  You will ultimately throw out the baby with the bathwater.

So no, Russia did not deserve this any more than the US deserved 9/11 or the UK deserved 7/7. But in Russia, the West and beyond, when we willfully buy into nationalistic orgies of violence, sanitized of the consequences of war through slick editing and feel good media-product packaging, we are abandoning our own humanity.  Even in just wars, we cannot separate our actions, even righteous actions, from their consequences. Being right is not a panacea against guilt or shame.  Any attempt to insulate ourselves form that reality is laying the foundations for future wars. And their will be wars. But there should never be any illusion of the full scope of what we are embarking on, even in the best of circumstances. Otherwise, far more ignoble action will find fertile breeding grounds.

That is a hard circle to square.  Maybe there has never been a truly just war; maybe we have to live with just-enough. And just enough is harder to come by than you think.

The regime of Bashar Al-Assad has been indiscriminately dropping barrel bombs on civilians for years. Russia is now using military force to prop up his regime. And now 224 are dead, at least 25 of them children. An eye for an eye? No. A blind man in the desert blocking out the light. And then the cold sets in… 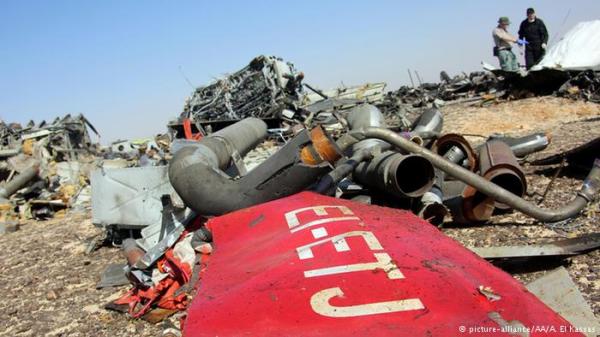 Whether a terrorist attack related to Moscow’s foreign policy, a technical glitch or human error, the primary theories on how a Russian airliner crashed in Egypt this past weekend pose uncomfortable questions for Russian President Vladimir Putin’s polices at home and abroad.

Wreckage in the desert. Flowers on the streets. Russia is in mourning, and its people by and large have the world’s sympathy following the crash of Kogalymavia Flight 9268 on Saturday. Eight million people fly a day; over 3 billion a year. One need not be a member of the jet set to empathize with victims of a plane crash. Most have experienced panic on a particularly turbulent ride. Around one in five people suffer from Aviophobia — the fear of flying. Columnist Alex Preston called flying “a magnet for our vulnerability, for our fear of death, for our existential panic.”

In Fight Club, the narrator, expresses his death wish through flying, praying for a crash or mid-air collision “ever time the plane banked too sharply on take-off or landing.”

*At least one supplementary entry for Russian Avos will be shortcoming. 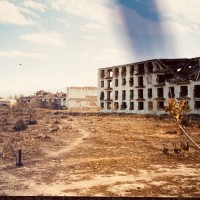 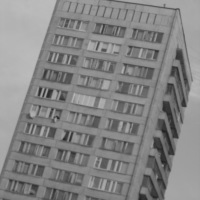 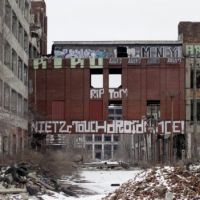 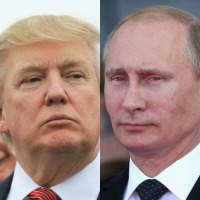